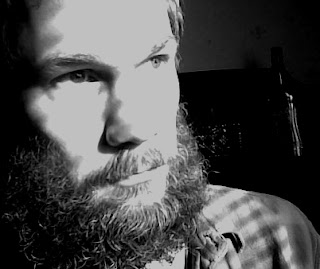 Old Lost John is the folk-noir project of singer-songwriter Tomas Thunberg. He used to be a woodsman and a horse-keeper. These days he lives in Malmo, Sweden, delivering newspapers in the morning hours and writing songs in the evening.


1. Greg Brown - My New Book
A true masterpiece by one of my absolute favourite songwriters. His picking, phrasing, relaxed delivery and lyrical imagery have all been pivotal to my development as both writer and performer.
2. Gordon Lightfoot - The Ballad of Yarmouth Castle
Less famous than his other shipwreck epic about The Edmund Fitzgerald, this was nevertheless the one that caught most of my attention. Solid picking, no chorus and a set of lyrics that plays like a movie before your eyes.
3. Bert Jansch - Rosemary Lane
Bert Jansch was my guiding light into the world of Britsh fingerstyle folk, and this traditional the first song to catch my ear.
4. Townes Van Zandt - Our Mother the Mountain
For a long time, I was only familiar with two or three TVZ songs, and it wasn't until I dug deeper and found mournful gems like Rake, St John the Gambler and this enigmatic masterpiece that I got hooked for real. It reads like an evil fairytale, shrouded in mystery.
5. Christy Moore - One Last Cold Kiss (Live in Dublin 1978)
Written by Felix Pappalardi and originally recorded by heavy rockers Mountain, brilliantly interpreted by Irish folk hero Christy Moore. The arrangement is a whirlwind of various stringed instruments and made me wanna get myself a mandolin to go with the guitar.
6. Bob Dylan - The Man in the Long Black Coat
One of Dylan's darkest and most atmospheric songs. Daniel Lanois' production ideal with a close and warm centre surrounded by distant embellishments has always been a strong influence.
7. Hank Williams - Alone and Forsaken
Hank wrote a barrelful of songs but very few in a minor key. When I first heard this, it was an instant favourite with me and a song that I used to cover in my formative years. And what young man hasn't at one point or another felt completely alone and forsaken?