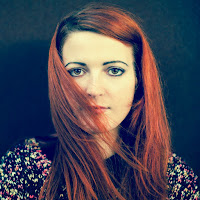 London-based producer Sinah (pronounced Xena) is debuting these days with a self-titled album. Hailing from Berlin, Sinah’s arresting style is influenced by a love of hip-hop, which she blends with dance elements and organic sitar sounds to create a unique electronic sound. Combined with her hypnotizing, ghostly vocals – a half-sung delivery she says is designed to bring to life the relatable anxiety of today’s youth – she has already drawn comparisons to the likes of FKA Twigs, Bat for Lashes, and Hundreds.

1. Seekae - Test and Recognise
Haunting tune that really develops into something beautiful.
2. FKA Twigs - Papi Pacify
This was my first exposure to her music. It's brave to create so much space within a song and build it up that slowly without loosing the listener's interest.
3. Aphex Twin - Avril 24
To me one of the prettiest and most soothing piano tunes out there!
4. Ben Kahn - 1000
Slightly schizophrenic music which I usually avoid. This one deserves an exception though.
5. Forest Swords - Thor's Stone
Brilliant sounds and atmosphere. I love the tribal vibe to it.
6. Jacaszek - Lament
My all time favourite song and greatest live act I have seen so far.
7. Little Dragon - Pretty Girls
The production and sounds are great as well as the lyrics of the song. This track puts me in good mood straight away.