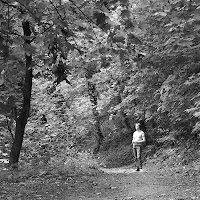 Kai Ginkel from Darmstadt, Germany is recording under the Phirnis moniker, producing what was recently tagged as “enigmatic and evolving washes of sound”. His latest work is called Apnoea which has been just released by Fwonk netlabel.

1. The Beach Boys - Friends
The whole Friends album is a treasure trove of unorthodox ideas, yet at at the same time everything about it feels incredibly bright and peaceful. There really is no other music quite like this.
2. Alice Coltrane - Los Caballos
This track is based on a riff totally worth obsessing over. To me, the Eternity LP always seemed to exist in a world of its own and I think there's something magical even about its cover art.
3. Mark Kozelek & Jimmy Lavalle - Gustavo
Kozelek's work has been consistently great and inspirational over the years and I find this particular song to be every bit as touching as it is thoroughly grumpy.
4. J.S. Bach - Contrapunctus IV
One of my very favourite Bach compositions and I just love the somewhat controversial sound of Gould's unfinished organ recordings of The Art of the Fugue.
5. Incapacitants - Track 3
There's a video circulating where you can see these guys perform outside in the Fukushima mountains sometime in the early 90s. Beautiful stuff. They're pretty much the ultimate Noise act as far as I'm concerned.
6. Kyuss - One Inch Man
I grew up on Kyuss and rediscovered their records as soon as I got old enough in order to feel nostalgic about the music of my youth. It's fascinating how they got such a huge and heavy sound out of such sparse arrangements.
7. M.B. + E.D.A. - Universal Order
Bianchi teamed up with Emanuela De Angelis for this unique effort. This is some of my favourite drone or loop music around, bordering on actual static but still driven by a somewhat peculiar sense of rhythm.