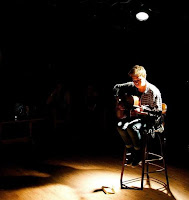 Lake Michigan is the acoustic-emo project of York based Chris Marks, who self-released a bunch of lo-fi sadcore records and is expected to release a new 7" in the next weeks.

One of the most beautiful songs I have ever heard, nostalgic in a way that nothing else is.
2. Frank Sinatra - Moonlight In Vermont
My favourite lyrics in the world, hands down. Plus you're not human if Frank doesn't melt you.
3. Keaton Henson - You Don't Know How Lucky You Are (from Dear, 2010)
Keaton Henson made me see 'folk' music in a different way, I remember hearing this song for the first time and realising that was the way I wanted to make people feel.
4. Carissa's Wierd - You Should Be Hated Here (from Songs about leaving, 2002)
Angst heaven, possibly the saddest song I've ever heard.
5. Cap'n Jazz - Little League (from Analphabetapolothology, 1998)
The moment I realised it's okay that I can't really sing for shit.
6. Daughter - Landfill (from His young heart, 2011)
Total musical/everything crush. Her voice makes me feel warm at night, also that melody...
7. Nirvana - In Bloom (from Nevermind, 1991)
Everyone who started off as a 14 year old kid attacking an old beat up guitar in a bedroom still wants to be Kurt Cobain and they're lying if they say otherwise.