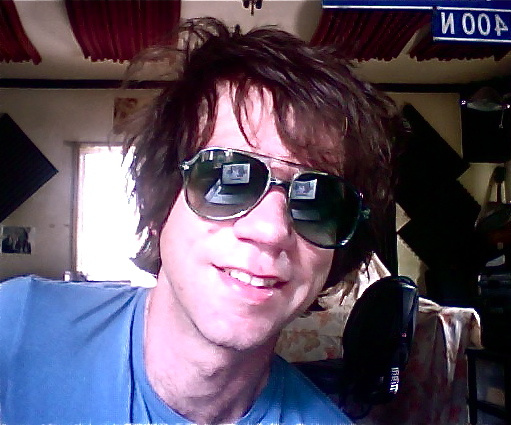 Dan West is a California based singer-songwriter and multi-instrumentalist. He sings and plays bass in the psych powerpop trio Sidewalk Society, and sings and plays guitar in a band called LoveyDove with Azalia Snail. Between 2012 and 2014 he has also released two lo-fi garage pop albums under his own name.

1. Jimmy Webb, Dusty Springfield - Magic Garden (EP, 1968)
One of Jimmy Webb's best in my opinion. Although this song was performed by The Fifth Dimension on the album of the same title in 1967, it is Dusty's version that I just love.
Her voice gives a melancholy lilt to the lyric as if to say that the magic garden really is a fantasy and ultimately, one must live in reality and only go to the magic garden when feeling down.
2. The Who - Pictures Of Lily (Single, 1967)
A brilliant, quirky masterpiece from Pete Townshend and the first recording by the Who to truly capture their raucous, careening sound as a band. Keith Moon's drumming is breathtaking, the lyric content sublime, especially as I heard this song for the first time during the early throes of puberty.
3. Elliott Smith - A Fond Farewell (From A Basement On A Hill, 2004)
A terrific example of Elliott Smith's haunting way with a melody and a lyric. What seems like a simple folk/pop song has an underpinning of wistful sadness and loss.
4. Nirvana - Serve The Servants (In Utero 1993)
Kurt Cobain says everything that needs to be said about his rapid rise to fame, his unhappy childhood and his tortured, unfulfilling relationship with Courtney Love in just 3 minutes. The lyrics to this song are in my opinion, among his best: 'Teenage angst has paid off well, now I'm bored and old, self appointed judges judge, more than they have sold.' Brilliant.
5. The Kinks - Phenominal Cat (The Village Green Preservation Society, 1968)
A lovely caricature of the type Ray Davies built a career on, this time about a cheshire-like cat that sits in a tree and eats contentedly after having traveled the farthest reaches of the world.
6. Azalia Snail - Honeysuckle (Avec Amor, 2005)
Sexy, intelligent, and rockin' to its core, this honest look at the dilemma of loving someone who is sucking the life out of you is a classic. 'Honey don't suck me dry, honeypie I'm stuck in drive.'
7. Bob Dylan / The Byrds - All I Really Want To Do (Another Side Of Bob Dylan, 1964 / Mr. Tambourine Man, 1965)
Whether it's the Bob Dylan version or the Byrds version, this song always brings a tear to my eye. Another example of Dylan's limitless ability to say what few others know how to say....'All I really want to do is baby, be friends with you.' Absolutely beautiful.