All My Faith Lost... 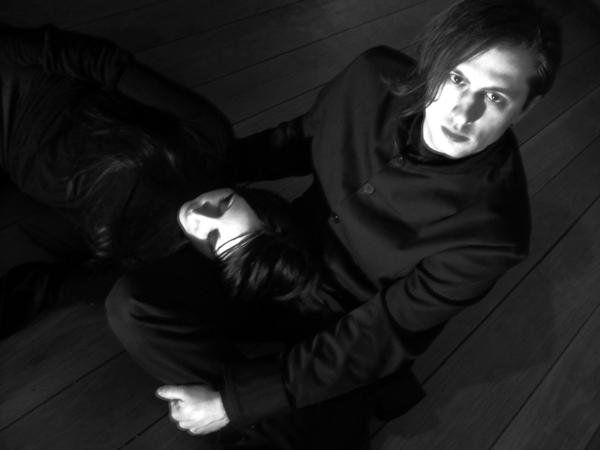 All my faith lost... is an Italian band formed in 1999: Ataraxia, Love Spirals Downwards, John Keats, James Joyce were names that helped the music of All my faith lost... grow and definie itself in the early years, as a mix of gothic, folk and ethereal-wave. After recording their first full lenght, the band was down to just Viola Roccagli and Federico Salvador. They signed with Sam Rosenthal's Projekt Records in 2007.

1. The Cure - Plainsong (from Disintegration, 1989)
It all started with The Cure. The album Disintegration introduced me to a world of music that probably my heart and soul were looking for.
Plainsong was the opening song The Cure played the first time I saw them live, I remember the goosebumps!!! Years later the same song has been something important in a personal way too.
2. Current 93 - All the world makes great blood (from Of ruin or some blazing starre, 1994)
Current 93 taught me that you can make great obscure music with just an acoustic guitar. I remember I bought "Of ruin or some blazing starre" after a friend's suggestion and I loved it. I had never listened to something like that before, it opened my mind to a whole new music world.
It's hard to chose I song from the album,but "All the world makes great blood" is the one I like the most.
3. Ataraxia - Ophélie (from La malédiction d'Ondine, 1995)
I can't remember exactly why, but listening to Ataraxia convinced me to start a new music project with a friend (I used to play with a more rock oriented band before).
The use of classic guitar and fingerpicking on all my faith lost ... music is mostly due to Ataraxia.
Ophélie is among my favourite songs of the band.
4. Black tape for a blue girl - Redefine pure faith (from Remnants of a deeper purity, 1996)
If I should chose one single band that influenced my music I have no doubt it would be Black tape for a blue girl.
Sam Rosenthal with his band taught me how intense, overwhelming, painful and obscure can be a song.
I tried to put all that feelings in the fist two amfl's albums.
5. Love Spirals Downwards - Mediterranea (from From across this gray land n. 3, 1997)
The final input to our music was the heavenly voices influence brought by a lot of bands but mainly by Love Spirals Downwards.
The first song I heard from the band was Mediterranea, it was a sort of demo and never appeared on an album indeed it blew my mind away.
In my opinion is the best song of the band.
6. Antimatter - Angelic (from Saviour, 2001)
Antimatter (Duncan Patterson particularly) reassured me about repeating the same riff / arpeggio over and over again. It's ok to be obsessed with
A single line repeated endlessly. Fortunately my band members try to stop me often!
Angelic is the perfect example of what I mean.
7. Rome - L'assassin (from Nos Chants Perdus, 2011)
Jerome Reuter is the best act on the actual dark-folk scene, maybe the last one. I am terribly jealous of his voice and his ability to write incredible simple yet profound songs. His music has a lot of influence on the songs we're writing for the new album and I hope someday I will be able to write and sing something that gets closer to the perfection of L'assassin.