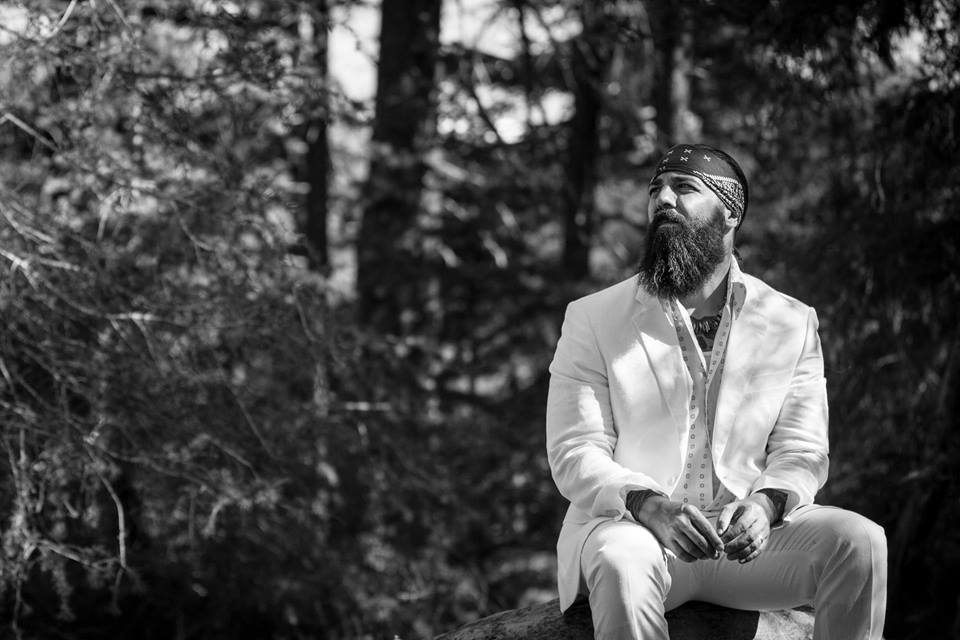 Jon DeRosa is a guitarist, composer, & singer-songwriter from Brooklyn, NY. His dark-folk/goth band Dead Leaves Rising was the first of his endeavors to draw national attention. In 1998, DeRosa lost nearly all hearing in his right ear: the accompanying aural hallucinations inspired DeRosa to start Aarktica, a mostly instrumental, guitar-based atmospheric project that still remains active. DeRosa also briefly recorded under the name Pale Horse and Rider, releasing two albums of urban country songs. In 2011, DeRosa unveiled his first eponymous release of traditional songwriting, and his new work named Black Halo is expected to be released in 2015.

1. Robert Wyatt - Sea Song (from Rock Bottom, 1974)
A perfect composition that expresses human pain and frailty, and at the same time love, transformation and redemption. Completely original use of tonality as well. Proof that creativity can not only triumph over, but flourish within physical hardship and loss.
2. Roy Orbison - Crying (from Crying, 1962)
My favorite song of all time. It proves that the deepest of human emotion can be conveyed with the simplest vocabulary. Raw and vulnerable, without a trace of self-importance. One of those rare examples of a song expressing a universal feeling in the most perfect of ways.
3. Frank Sinatra - In The Wee Small Hours Of The Morning (from In the wee small hours, 1955)
The opening track on In The Wee Small Hours, largely considered to be one of the first ever concept albums because of the themes of loneliness and introspection that run through it. A beautifully spun portrayal of melancholy and heartache, so tender it sounds like comforting words being spoken by a close friend in a dimly lit bar, yet the orchestrations are more reminiscent of the impressionists like Debussy or Ravel.
4. La Monte Young - The Well-Tuned Piano
La Monte changed my life after my deafness by teaching me how to hear in a new way. I was privileged enough to study with La Monte and his wife Marian in New York and will always be indebted to them for the kindness and wisdom they shared with me. Though all of his works are important, this is his masterwork and the composition that changed the way I listen to and think about sound.
5. Lou Reed - Street Hassle/Waltzing Mathilda (from Street Hassle, 1978), Sad Song (from Berlin, 1973)
It was difficult to narrow down my Lou Reed picks to two songs, let alone one. Both of these exhibit Reed's incredible narrative skills, within the context of a larger, almost operatic, musical structure. Reed has a way of portraying the lives of the underdogs, the tragic characters of life, so that by telling their stories they are elevated and humanized in a way that they never were in their own lives. And so they kind of live on in memory and legend, finally giving them some redemption and dignity.
6. Echo & The Bunnymen - Ocean Rain (from Ocean Rain, 1984)
A song about darkness, personal loss, baptism and rebirth, performed and sung in the most glorious exalted form. The orchestrations become intertwined with the vocals, like a heart beating as one, all conveying the nocturnal aquatic visuals, and then there's McCullough howling and opening his heart to the moon all the while.
7. Nick Cave - Push The Sky Away (from Push The Sky Away, 2013)
More proof that simplicity in form can be used to great effect by the masters. A rallying cry that is more dirge than anthem. It is so difficult to make a song this intense and to show restraint and to keep it musically minimal, as the urge is always there to add, add, add. Inspiring in how Cave constantly evolves, becoming more and more effective with less bravado as the years go.


P.S. Please note that La Monte Young does not permit his piece to be streamed anywhere. The Well-Tuned Piano is a long, improvisatory, solo piano work that Young has never considered finished: a typical performance lasts five to six hours.