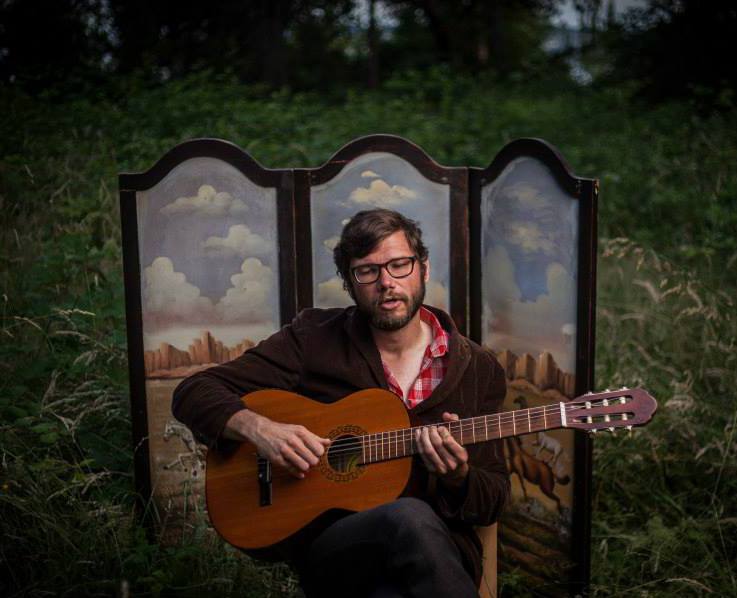 Oh! Pears is Corey Duncan, whose work draws a kaleidoscope of influences from disparate musical worlds to create songs with transformative power. The live version of Oh! Pears ranges from solo to a 13-piece chamber orchestra to electric guitar, strings, synths, and beat machines. Duncan has completed multiple tours in the US and Europe, sharing bills with such bands as TV On The Radio, Au, Nat Baldwin and Buke And Gase. His full length Wild Part Of The World has been released on Spanish label Acuarela Discos on September.

1. Fats Waller - Believe It, Beloved
When I was growing up, my dad listened almost exclusively to music from the 1930s and 1940s. This is a song I heard a lot, and it's of the most beautiful songs I've ever heard in my life. I've definitely gotten a lot of melody and chord change ideas from this music.
2. Billie Holiday - The Very Thought of You
This is the only version of this song I care about. When I moved into my first apartment in Philly, I put this on every day for months. Her delivery is so gorgeous. I can't help but cry my eyes out sometimes when I listen to her. She's the absolute best.
3. Death Cab For Cutie - Underwater
There were a couple Northwest bands that changed the way I thought about guitar music. This is one of them. Incredible texture between the guitar and bass parts, and wonderful melodies. I heard them not long before I moved from Seattle to Philadelphia and started playing in bands.
4. Sleater-Kinney - Get Up
Their record The Hot Rock is one of the most singularly mind blowing things that ever happened to me. There's an incredible combination of tension and independence in the guitars and the vocals, but they work together so well. It's like they're fighting and reaching out to each other at the same time. Not to mention some of the most perfect drumming ever on record.
5. Tame Impala - Wander
This is the first popular rock band that I've really cared about in a long time. There are other really good ones cropping up a lot now too. But god damn is Kevin Parker a genius. The records are mostly him overdubbing all the instruments himself. And he's completely sick at every instrument. Not only that, but the songwriting is absolutely fucking brilliant.
6. Broadcast - Hawk
I've spent probably over a year of my life listening to this band, if you added up all the time. After the first listen to their album Haha Sound, I felt like a different person. This band has gotten me through every difficult period in my life. This shit is absolutely profound.
7. Madvillain - Accordion
I moved back to Seattle two years ago, and this record was the main one that got me through that transition. I've probably listened to it at least a thousand times since then. Undeniable genius on every level. These dudes are so daring with everything they do. I love that they take risks as an MO. This album has to be listened to as an album. The way the songs are structured and strung together makes sure of that.