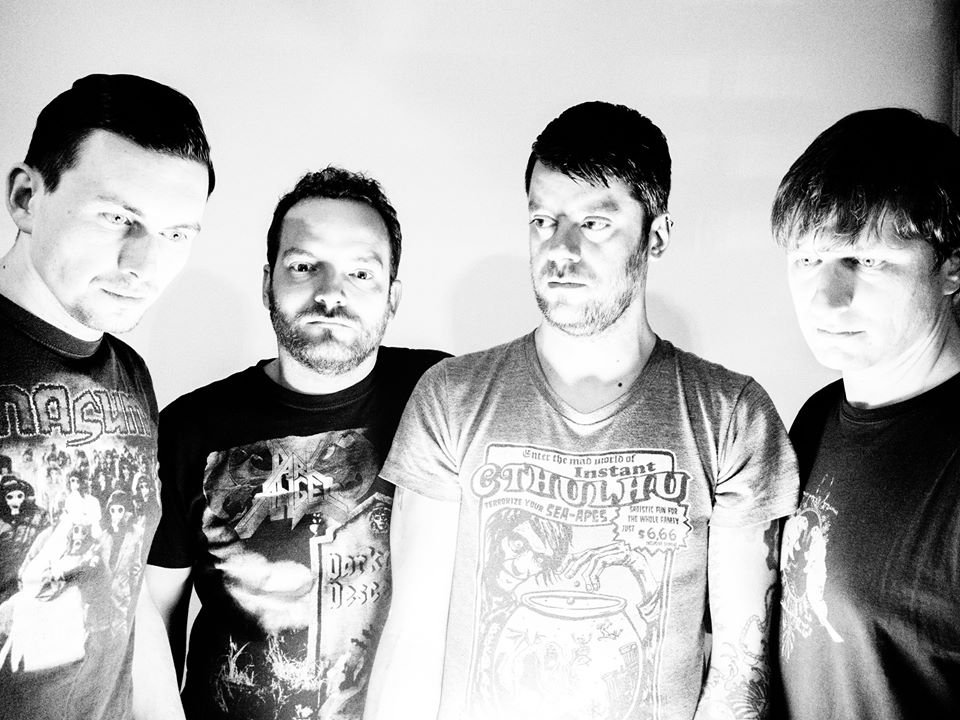 Out of the ashes of Omega Massif a massive cold glacier was calved, consisting of darkness and doom. In spring/summer 2014 Phantom Winter was just there…throwing its first song Wintercvlt into everyone’s ears to attack the two-faced warmth in a capacity-driven society. Without taking care of music genres or boundaries their first album Cvlt, expected in 2015, will haunt your dreams with fear, frost and hope.

1. Faith No More – The Real Thing
I could name more than twenty FNM songs, that influenced my music, this one is a perfect example. It has everything and the lyrics describe it...you get „it“...and you need more. It is the reason, why I had to write a new song as soon as possible after Omega Massif, my old band, called it quits.
2. Oma Hans – 0832
Every band with these guys, Dackelblut, Angeschissen, Das Moor, Kommando Sonne-Nmilch, Oma Hans etc. etc., counts to my all time favorites. Jens Rachut has a lot to say and you can count on it, it's worth listening. This song is about the phenomenon, that every underground band getting well known and famous turns into boring shit. This is no philosophy, I know, but it puts it straight.
3. Celtic Frost – Into The Crypts of Rays
I love listening to Tom Gabriel Fischer. And I am not only talking about his music. He is one of the persons, where I really enjoy reading interviews and whatever. He says a lot of good things, that strengthen me in my musical way of writing and performing songs.
4. Hüsker Dü – New Day Rising
This band has so much power and perfect lyrics and new day rising is a good example that brought me to the way I try to write songs. There is no need for a hundred different parts, difficult guitar riffs, whatever. Just keep a song plain and simple, listen to your stomach feeling, put a lot of energy in it and it might be a good song.
5. Low – Pissing
I listened to this song a thousand times. Wow, this is so good. While writing these lines right now, I had to put it on my player ...and what can I say...I am getting goose bumps. This is so awesome and mighty.
6. Majority Rule – At 3 a.m.
The sound and the epic harmonies of this band pushed me into the direction I am heading still today. And it's not just the melodies. Listen to the drums and the voice. You cannot sit listening to it. You have to jump around and smash something.
7. Acme – Blind
When I listened to the Acme's selftitled 7“ for the first time, I thought there could not be anything more brutal. „Blind“ and every other song of this band is heavy, raw, emotional. Someone might replace it by any other nineties Bremen (german town)-origined hardcore band like Carol, but I always preferred Acme. They are the force.