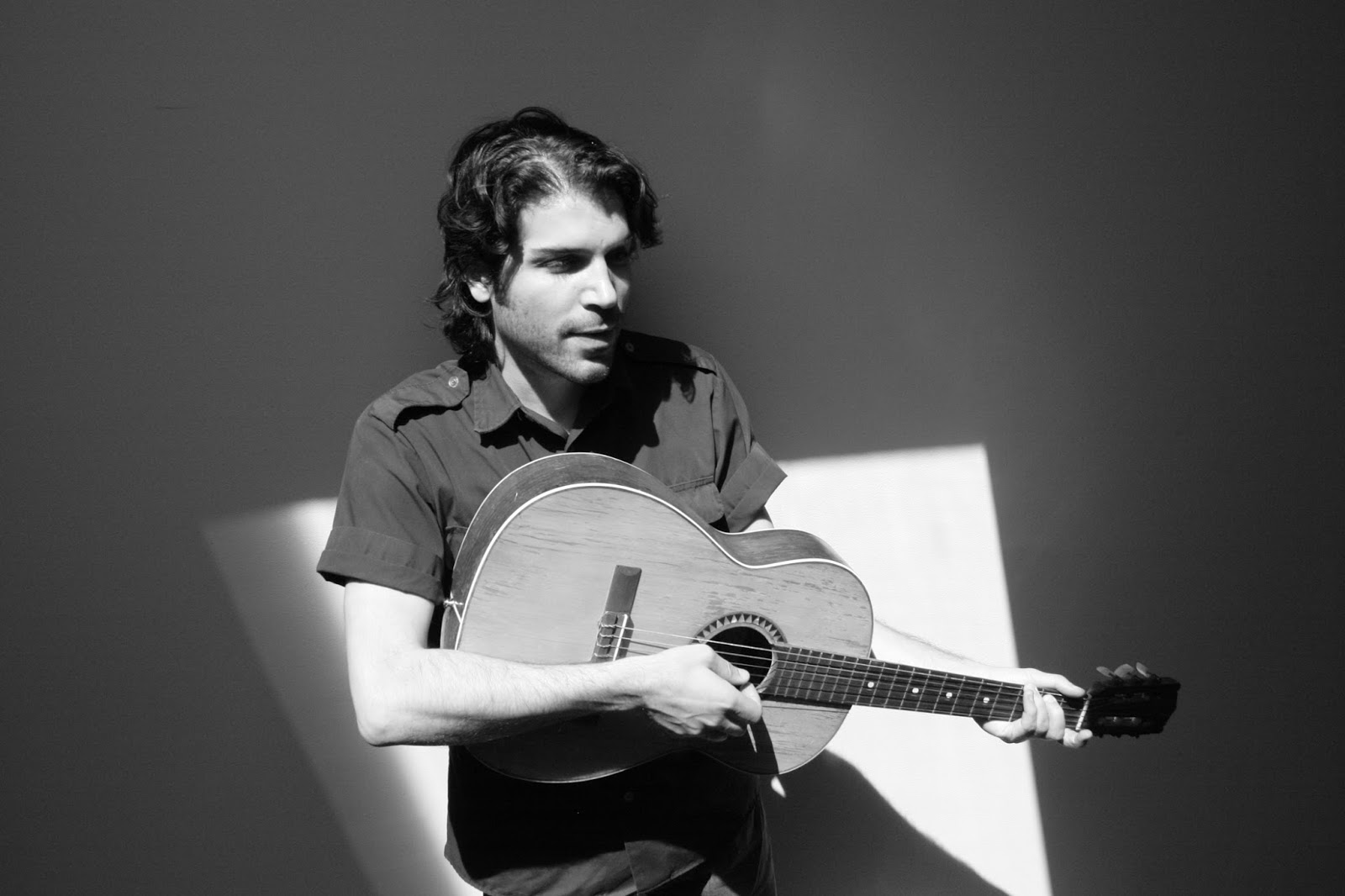 Barzin is a Canadian singer-songwriter known for his slow and melancholic folksongs. He has recorded many EPs and albums; the last one, called To Live Alone in That Long Summer, it's been released on 2014 by Monotreme & Ghost Records.

If permitted, a few opening remarks. Some of the artists who have been influential to me are those who have managed to create a sound so compelling and captivating that it is as important as the songs they create. It is hard to choose one song from their canon and say that it has been their most influential song. Since this project is about songs that have been inspirational, I will try to keep that as the focus. But I do like to tip my hat to some of these artists whose sound has been very influential and inspirational to me. Some of the bands/artists who fall into this category are: Parker and Lily, Tindersticks, Mick Turner, Frankie Sparo.

1. Bob Dylan – Visions of Johanna
Dylan has gone through so many different stages that the only other person that rivals him is Bowie. But the Dylan that I love the best is the one from the Visions of Johanna phase. Lyrically, he walked on the edge of comprehension during this period; it wasn’t complete surrealism, and it wasn’t the straight storytelling of his early years. This song is filled with lines like this: “Inside the museums, infinity goes up on trial. Voices echo, this is what salvation must be like after a while”. “Visions of Johanna” really opened up my eyes to the power of words and what one can do with them. This is one of the songs I always return to when writing my own songs. Every time I hear it, I feel I am being given permission to allow the chaos of my mind to spill out onto the world.
2. Erik Satie – Gymnopedie
Satie always fulfills my endless love of minimalistic music as well as solo piano pieces. But what’s so wonderful about this piece is how the emotions behind it are so ambiguous. I have always gravitated towards pieces whose emotions are not apparent. It’s almost as though a new emotion has been introduced into the world as a result of this piece.
3. Lou Reed – Walk on The Wild Side
In The history of Rock ‘n roll, I think many bands have tried to embody the sound of “cool” in their music. But the “cool” that I love is found in the music of Velvet Underground, and more specifically in this song. I constantly return to bands who I use to love when I was younger, and often times, I find their music has failed to age well with time, and I begin to see the sound they stood for or represented as being a little adolescent. But this song never seems to lose its appeal. This is a great snapshot of what “cool” is, in my humble opinion.
4. Led Zeppelin - Bron Yr aur
Every time I hear a Zeppelin song, I get sentimental, because they were very influential to me during my formative years. I must have been 13-14 when I first heard their music, and it really left a deep mark on me. As a teenager, I loved Zeppelin along with all the other classic rock bands like Doors, Hendrix, Bowie, Stones, etc.... “Bron Yr Aur” opened up a whole new world for me. The song is played using a Open C turning on the guitar, and that was something that was very new to me. I became really interested, not only in instrumental pieces, but also with experimenting with open turnings on guitar. I would sit around for hours with friends as we tried to figure out this song so we could play it.
5. Leonard Cohen – Suzanne
This song comes as close to a perfect song as possible, if such a thing even exists. Cohen has always set the standards when it comes to lyrics. And he has achieved magnificent heights in many of his songs, but with Suzanne he reaches a new height. In “Suzanne” I feel one is listening to a true poet who has found the perfect balance between music and words. Everything that Cohen has always written about- Love, God, Sex, Longing, desire, etc... comes together in this song in a perfect way.
6. George Harrison – Long Long Long
Of all the great songs that the Beatles have written, this one continues to stick out for me. I know it’s a strange choice, but I find this song to be so great and fantastic. I love the production, especially the drums. Love George’s delivery. And the use of space in this song. But most importantly, I love the feeling behind this song. That’s what keeps me coming back to it.
7. Mark Hollis – Watershed
Anyone who has fallen under the spell of the band Talk Talk will know what I am talking about when I talk about Mark Hollis. He is probably one of the most expressive singers I have ever come across. It’s not just the fact that he has such a unique voice, but there is something intangible about his singing that draws you in. Talk Talk was a simple pop band and when they started, but in the span of 4 records they grew and matured into a great band, which is reflected in their recordings. This song reflects so many qualities that I admire about this band--experimentation with arrangements and recording, brining subtle elements of jazz into the world of pop, and Mark Hollis’ exceptional and unique singing style.