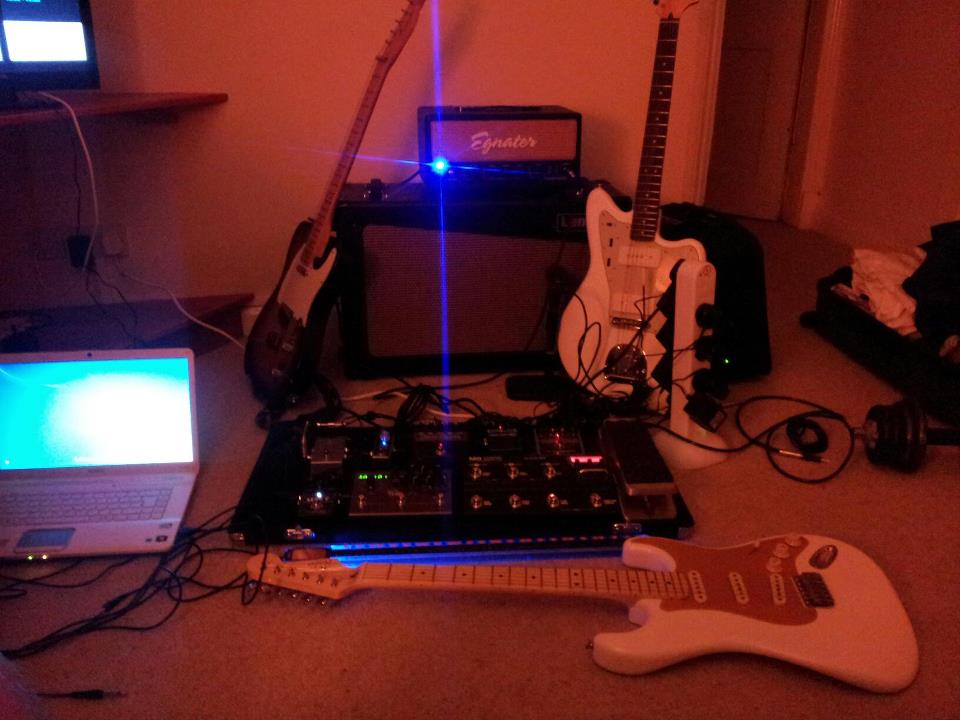 Michael Walton is an electronic musician based in County Durham in the UK. He officially started mwvm in the fall of 2005, but he’s been experimenting with delay pedals & recording techniques since 1996. He has spent the last few years refining his sound, focusing on guitar manipulation, repetition, & ambience. His minimal creations are produced in a self-induced solitary environment; but within this isolation, he found that his music could capture the interests of a larger audience both nationally & internationally.


1. Pink Floyd - Interstellar Overdrive
Probably the reason I picked up a Telecaster in the first place. First time I heard the guitar played in an unusual way. I still love the Binson Echorec feeding back - Syd played it like an instrument in its own right. I realised I didn't need lyrics to enjoy music. Not my favourite Pink Floyd song but a big influence. All their early stuff was.
2. Jean Michel Jarre - Oxygene Part 1
It still sounds like music that belongs in outerspace - even now. Our Ian (my brother) was the biggest influence introducing the electronic stuff. I love the EHX small stone on the strings but equally I also love the emotional dynamics of the song.
3. Neu - Hallogallo
My head nods instantly as soon as the rhythm kicks in. Classic krautrock. The minimal bass line, hypnotic drums and repetition. This is instant good feeling record.
4. Gong - Flying Teapot
Daevid Allen was the glissando guitar king in my opinion. It had a huge impact on me in using a slide to get a violin/cello effect. A good friend from work introduced me to Gong and the Canterbury scene. I think the majority of their stuff is a bit rubbish ...but you know - the glissando guitar spaced out stuff is sublime. I get instant gratification using this slide technique. The song is only 1/5th glissando but it also has great riffs and a hypnotic vibe.
5. Soft Machine - Out-Bloody-Rageous
The tape loops at the beginning of this song are immense. You could knock this type of thing up on computers in seconds these days days. Though back in the day they cut tape, slowed it down, played it backwards and sped it up. A lovely collage. Big influence on me. Primarily Soft Machine had a jazz influence. Lots of solos etc... but I do love their spacer riffer stuff... very nice.
6. Godspeed You! Black Emperor - Storm
I like all the gybe songs. This one in particular gives me tremendous pleasure. It has all the peaks and troughs dynamically and emotionally. I could run through a brick wall after listening to this record. They have a shephard tone thing going on with their ascending charge. But equally I love the harmonic strings and quieter parts. Not a dull moment in this song. Perfection.
7. Stars of the Lid - Requiem For Dying Mothers part 1
No one can argue the fact that Adam Wiltzie produces fantastic drones/ambient records. This has everything. It is how I want an ambient record sound. The tone/timbre of the swells, the plucks, the repetition. It is a perfect song. His other music - Dead Texan and A Winged Victory For the Sullen are also tremendous works of art. The guy is a ridiculously talented musician.