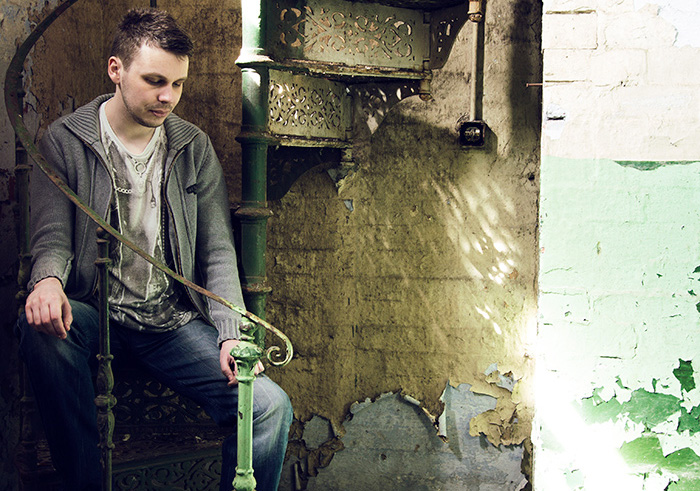 36 is the experimental (mainly) ambient project of Dennis Huddleston from the United Kingdom. Since 2008, the focus for the project has been to develop warm, hugely emotive loop-based compositions, with particular emphasis on melody and melancholic atmosphere.


1. Change - The End
The End is one of my absolute favourite tracks of all time. It's a synth instrumental sitting quite awkwardly at the end of a vocal disco album. It felt totally out of place on the album, but that's what makes it so special. It really blew me away the first time I heard it. It has this really infectious melody and driving progression that just floods me with happy memories. It's a tune that never felt like anything else I've ever heard.
2. Future Sound of London - Papua New Guinea
Papua New Guinea started my love affair with FSOL, which continues to this day. When I think of the absolute classic UK club tunes from the 90s, this is the one that sits above all the rest. The best tunes explore the full gamut of human responses and this one has it all. Uplifting, energetic, yet also quite melancholic. They've made some really exceptional albums over the years, but this will always be my go-to FSOL tune, simply because nearly 25 years after it was produced, nobody has yet to match it's brilliance.
3. Metalheads - Kemistry
I grew up listening to the UK hardcore and blossoming jungle scene in the early/mid 90s and it's a special era for me. It was a time of rampant experimentalism and the records released in 1992 were so abstract and alien. It's no wonder the UK government shit itself when flash raves of 10,000 people suddenly sprang out of nowhere, taking over fields, blasting out gunshots and airhorns! My favourite record of this era was by Goldie and his proto-Metalheadz gang, who released this amazing 4 track EP called Terminator. It's one of the most respected and influential records and ridiculously ahead of it's time. My favourite tune is Kemistry, but the whole EP doesn't have a single bad track on it. That's what I love about this record. Every single tune could have been a single, but they went the extra mile and released them all together on one legendary 12".
4. Tangerine Dream - Love On A Real Train
Love on A Real Train is a track most people should know by now. It's a timeless piece of music, that I must have probably played hundreds of times and still get goose bumps listening to it. Edgar Froese sadly passed away earlier this year, but his musical legacy will live forever, with this track as his crowning achievement for me.
5. Pulusha - Isolation
Isolation encapsulates everything I love about ambient music. It's warm, ultra-emotional introspective music, that paints a thousand pictures in your mind when listening to it. Mark Pritchard is a genius really, who can seemingly touch every genre of music and do something special with it.
6. Autechre - VLetrmx21
Autechre are two of my favourite producers and I have a lot of respect for them. They've had this uncompromising vision from the start and made some truly original music over the past 25 years. Along with Aphex Twin, they pretty much moulded my love of abstract electronic music. Though I love all their stuff, it's their more "traditional" ambient track 'VLetrmx21' that is my favourite of theirs. Again, it's a high point in what makes ambient music so attractive for me. It's an incredibly deep, ultra-emotional tune, that sounds like the soundtrack to a dying star.
7. Vangelis – Blade Runner Blues
Pretty self-explanatory for this one. Simply the most beautifully made sci-fi film and soundtrack ever.